Stellenbosch 22 May 2021 – History was made in the Cape Winelands when a rare bottle of Grand Constance 1821 reached a record-breaking R420 000* at the Cape Fine & Rare Wine Auction on Saturday. This is one of roughly twelve bottles known to still exist globally, from an allocation originally destined for the Emperor Napoleon Bonaparte. This historic lot was acquired by a UK-based Christie’s client.

This significant moment and price was the marquee lot in a day characterised by lively bidding from bidders who placed their bids in person and online from across the world in the auction’s first ever hybrid format event. At the end of play on 22 May 2021, the unaudited results for this year’s auction stood at R2 219 200.

“Following a year that has impacted the South African wine industry like no other, the Cape Fine & Rare Wine Auction today became a beacon of resilience, showcasing the tenacious spirit of the country’s wine makers – and the massive favour they carry with wine enthusiasts globally. Today, wines representing the rarest and finest South African wines available today, including bottles meticulously preserved since the 1960s, wines produced under South Africa’s pioneering Old Vine Project, and the highest quality wines from some of the country’s most successful vintages – 2009 and 2015, as well as a rare bottle of Grand Constance 1821 all contributed to impressive showcase,” said Cape Fine Rare Wine Auction Director, Niël Groenewald.

The auction was held in association with acclaimed auction house, Christie’s, and live streamed from the Rupert Museum in Stellenbosch. The enigmatic Charlie Foley once again brought down the gavel on 110 items of 368 lots during an impressive showcase of spirited bidding.

Mike Ratcliffe, chairman of Stellenbosch Wine Routes said: “(Today) was likely the most important wine industry event nurturing a fertile environment for the rise and rise of the South African fine wine category.”

With a reputation comparable to that of the famous Hospices de Beaune auction in France and Kloster Eberbach in Germany, the Cape Fine & Rare Wine Auction further embedded its status as South Africa’s leading wine auction with impressive numbers to match. On Saturday afternoon, the unaudited results showed that just under 2140 litres of wine was sold, with an auction high rand per bottle of R778 on average for 750ml – an 18% increase against 2019’s R660. The average price per bottle of white wine was R 490 for a 750 ml bottle.  The best white wine performers were DeMorgenzon Reserve Chardonnay 2016, and David & Nadia Hoë-Steen Mixed Case and DeMorgenzon Divas 2017. For red wines the Cabernet Collective 2009 mixed case of 12 landed the gavel at an impressive R21 500. The average price per bottle for red wines was R 804.

Other popular lots on the day were

Top buyers on the day were private buyers 95.8% by value – this is in line with global statistics indicating the positive impact virtual auctions have on the fine wine market. With virtual auctions’ ability to amplify reach from regional to global audiences, this modern format is proving to not only be far more profitable – but also more popular. This is largely attributed to online auctions providing more inclusivity, with online bidding facilitating access to the super rare and fine wine market for private bidders.

This year, 82% of all sales by value went to South African buyers.

Since its inception in 1975, the auction has supported philanthropic initiatives in the Cape winelands through its network of bidders and patrons. This year, the generosity of buyers raised more than R130 000 for this year’s beneficiary, the Pinotage Youth Academy (PYDA). The PYDA provides customised and industry-specific programmes focused on preparing and developing youth for meaningful employment in the wine sector and related industries.

Nikki Munro, Executive Director of PYDA said this year’s charity bids will make a huge difference to the association: “We would without a doubt not be able to maximise the irrevocable impact PYDA delivers without meaningful partners. It is our intention to engage and innovate to support the recovery of the wine sector, and it is my firm belief that with donor support we can continue to impact young South Africans and our amazing country.”

Groenewald said: “What an incredible experience to honour the quality of South Africa’s wines at a time when the industry desperately needs it. At a time when the realities of a pandemic-stricken world are yet to fully crystalise, this auction served as a reminder of the ‘gees’ of the industry, a spirit which has a celebratory nucleus. It has never been more important to shine a light on the spirit of South Africa’s wines, and the Cape Fine & Rare Wine Auction did exactly that.”

Charlie Foley, only the fifth auctioneer to take up the gavel since the inception of the auction in 1975, praised the event and its results: “Across the board we saw really strong bidding, and from private clients across the world, which is the goal of an auction like this – sending the delicious wines of South Africa all over the world!”

The Cape Fine & Rare Wine Auction will return next year, when local and international bidders will once again be able to secure bids on 8 October 2022.

*All figures above are unaudited and exclude vat. 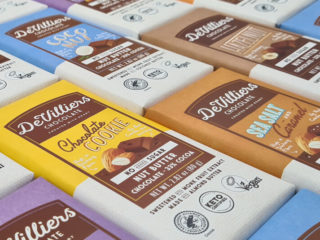