The Cape Fine & Rare Wine Auction offers wine enthusiasts and collectors an opportunity to bid on some of South Africa’s most iconic wines. These exclusive lots, with competitive reserve prices to match, are bound to spark many a bidding war.

The prestigious Cape Fine & Rare Wine Auction, previously the Nederburg Auction, has announced the reserve prices of the wines that will go under the hammer at the Rupert Museum in Stellenbosch on 18 and 19 October this year.

All 124 wines on auction have gone through a meticulous selection process appraising both investment potential and wine quality. Buyers have the unique opportunity to secure some of South Africa’s rarest and most sought-after wines. Having been kept at perfect cellaring conditions by the producers themselves, guaranteeing provenance and ideal maturation, each wine has gone through rigorous quality assessments. Some older vintages have been recorked thanks to the experts at Amorim Cork.

Note: Knock-down price is inclusive of all premiums and free delivery within SA, excludes VAT. 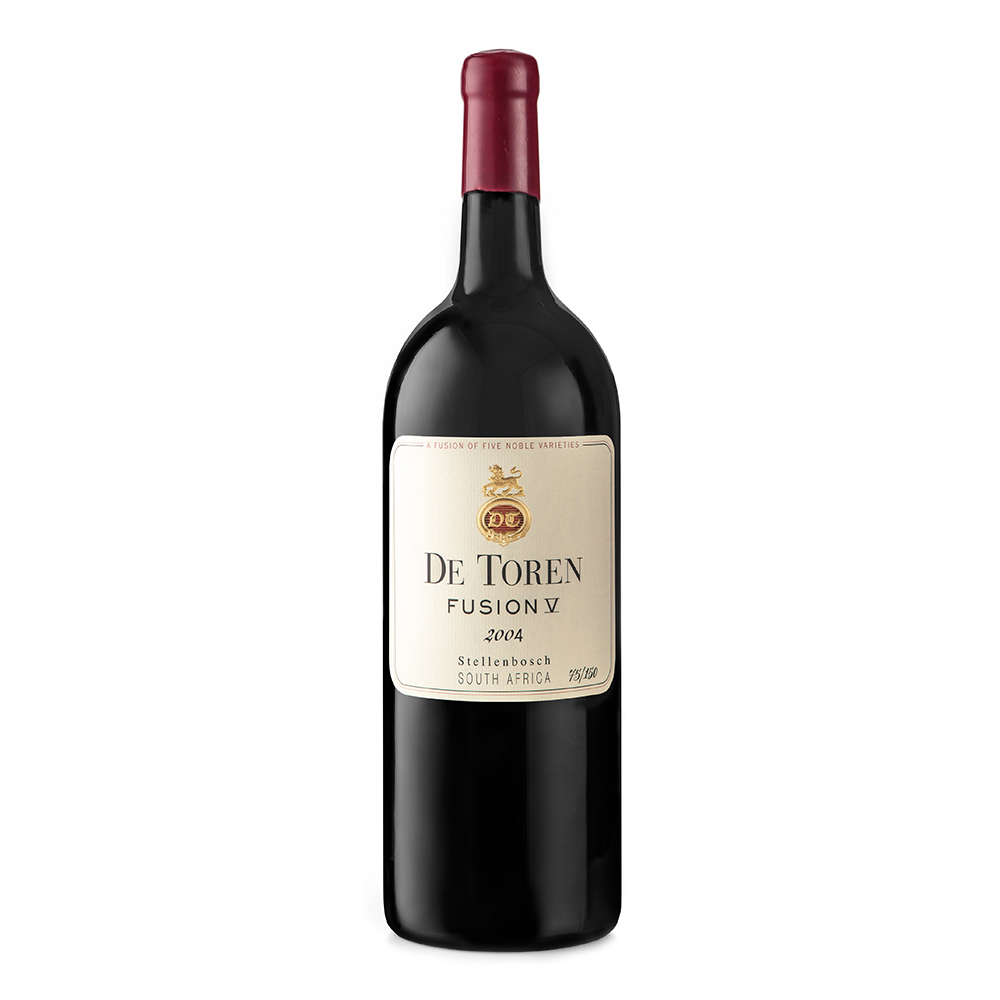 Highly awarded and no longer available anywhere else in the world, this is the last wine from this spectacular vintage and the first time in a decade that this Bordeaux-style wine will be made available to the public or trade as a 9ℓ-Salmanazar, equivalent to twelve bottles of wine. The De Toren Private Cellar Fusion V 2004 is an attractive investment piece, backed by equally attractive scores of 95/100 at the Decanter World Wine Awards 2017 and 94/100 in Tim Atkin’s South African Report 2017. Described as an “immortal wine”, this noble late harvest made from Rhine Riesling grapes is an exquisite example of the variety and style. Made in Robertson from a demarcation called Goudmyn (Gold Mine), which is known to produce white wines with remarkable ageability, by one of the region’s noble producers, De Wetshof Estate. The prestige and scarcity – only a few bottles remain at De Wetshof Estate’s cellar – make this a sought-after wine investment. 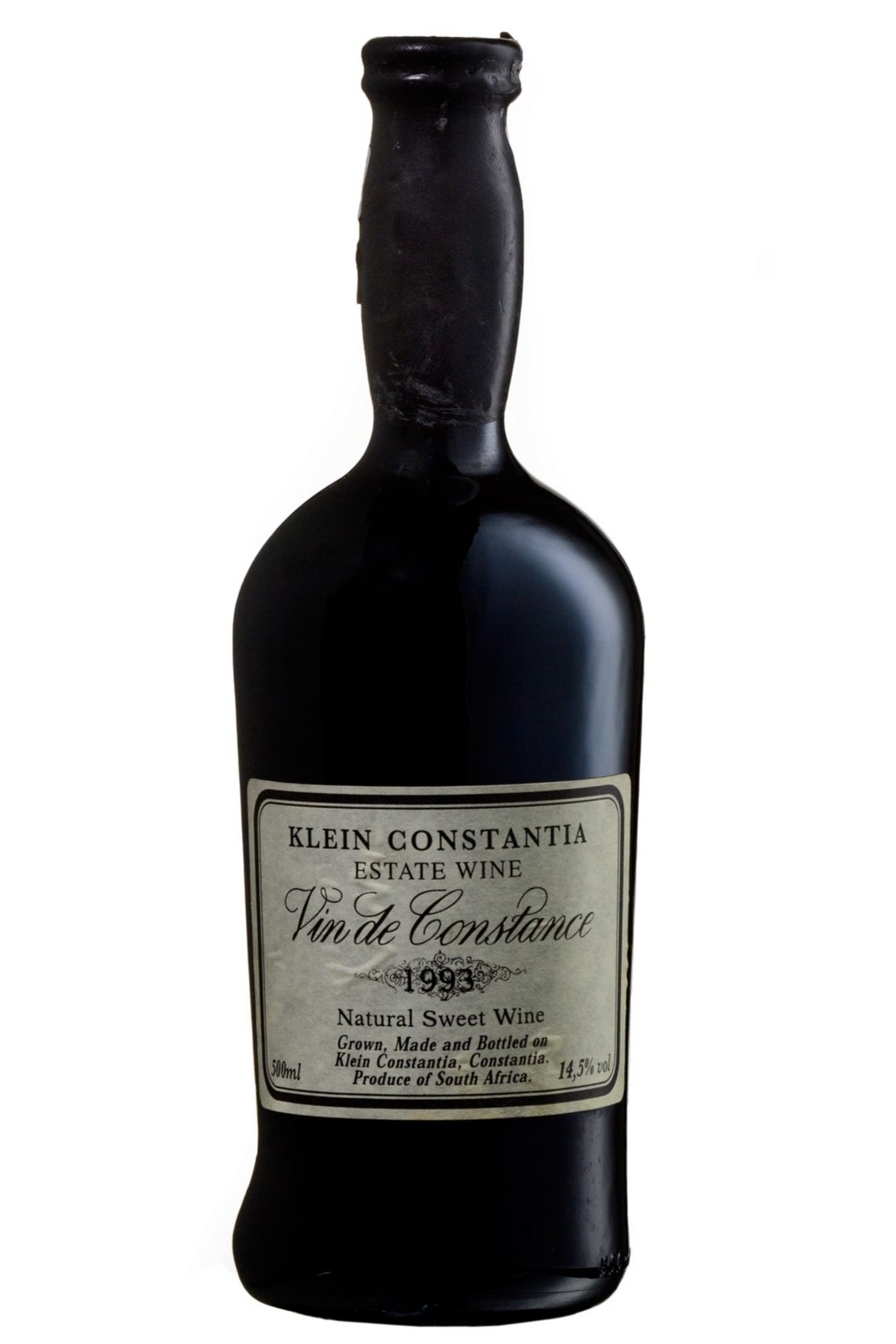 In the 18th and 19th centuries this famous sweet wine of Constantia was recognised as one of the great wines of the world, and it remains one of the most revered sweet wines from South Africa. The Cape Fine & Rare Wine Auction will provide bidders with the rare opportunity to secure wine from the 1993 vintage – a vintage that is no longer available in trade.

Wines under this label were deemed magnificent upon release and anyone tasting these old wines will agree that this description is still apt. Stellenryck was the pride of Dr Julius Laszlo, Cellar Master of the Bergkelder. Under his guise wines under this label became some of the finest expressions of classic winemaking, only bottled in fine years and highly sought-after. 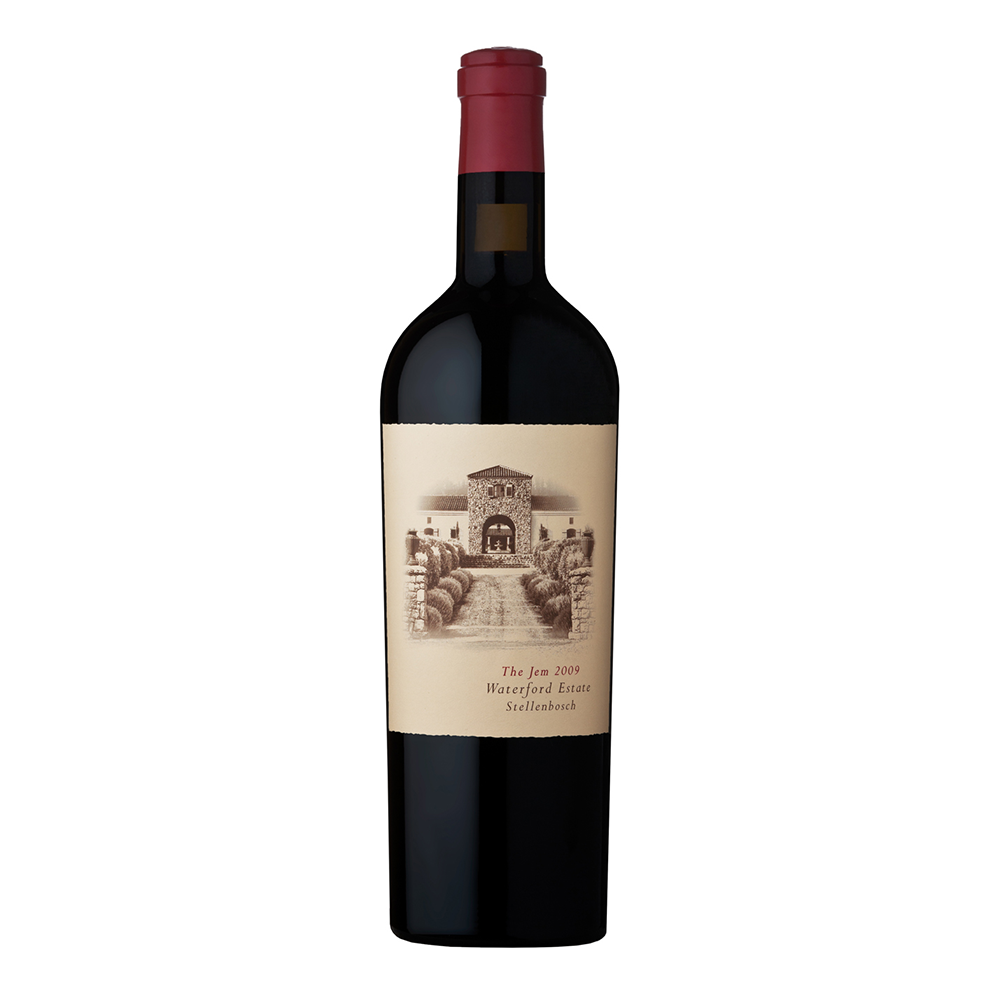 This is the only case of its kind made available to the auction and speaks towards the rarity of this red blend – once South Africa’s most expensive wine on the market. The 2009 vintage was a standout year for South African wines and Waterford The Jem 2009 epitomises this fine vintage. 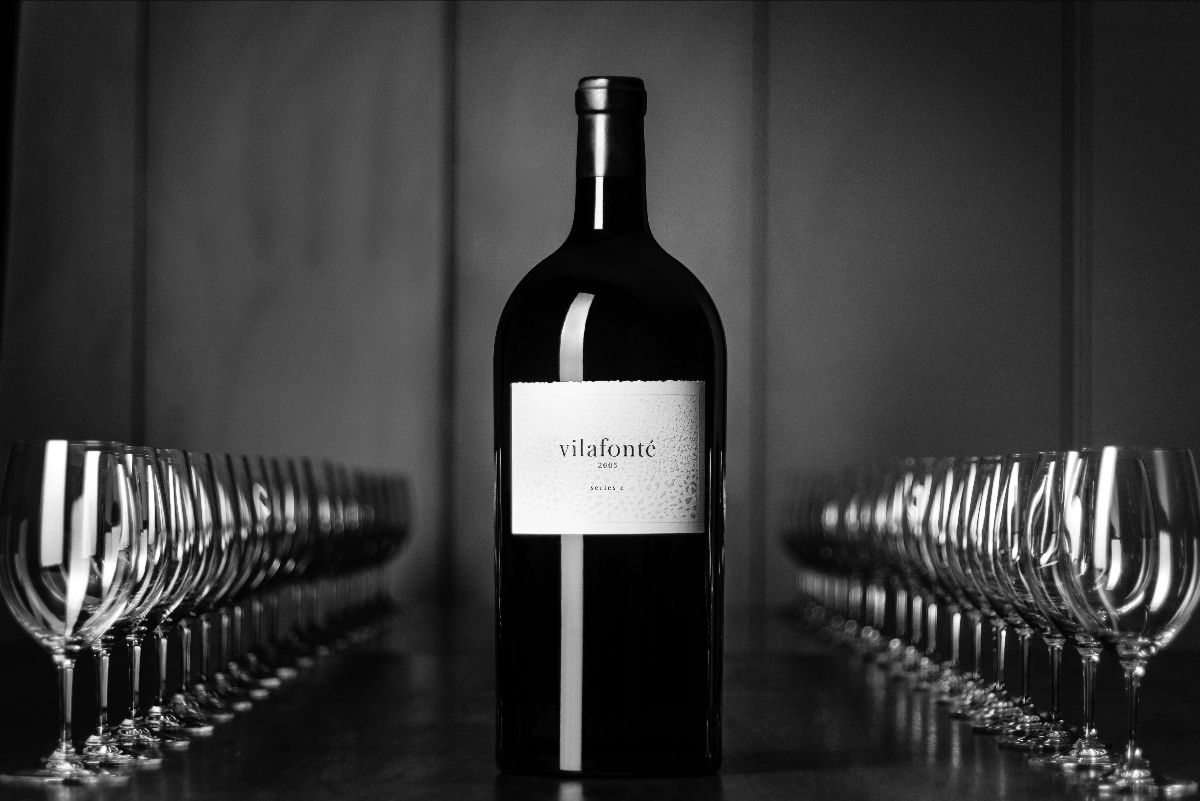 Only ten bottles of this rare Bordeaux-style wine were produced and have never been offered for sale. This lot will be offered as a single 5ℓ-Jeroboam sourced from this producer’s final remaining stock. Scarcity value and its biblical proportions, as well as a 92/100-rating in Wine Spectator and a 91/100-rating by Robert Parker, make this a coveted lot.

This is the only lot of its kind and therefore an incredibly rare opportunity for the fortunate bidder to have a double unbroken vertical of one of South Africa’s finest wines in their cellar. Offered as a single lot of twelve 750ml-bottles (vintages 2001 to 2012) and twelve magnum bottles (vintages 2005 to 2016), this is predicted to be one of the most coveted lots on offer.

The two-day event opens with a pre-tasting at the Rupert Museum in Stellenbosch on 18 October 2019. A charity auction on Saturday, 19 October, will be preceded by the main auction. Click here for a full list of the wine on auction.

Buyers interested in attending should register their interest as a buyer on the auction website. Bidders who are unable to attend, but still looking to bid, can do so by phone, proxy or mandate bidding. 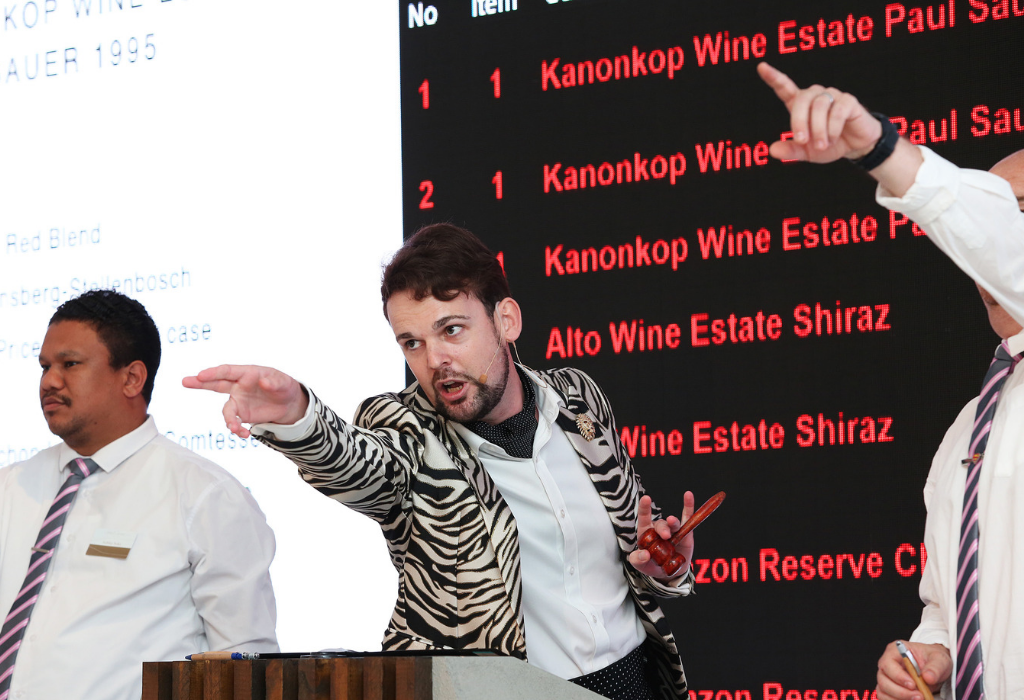 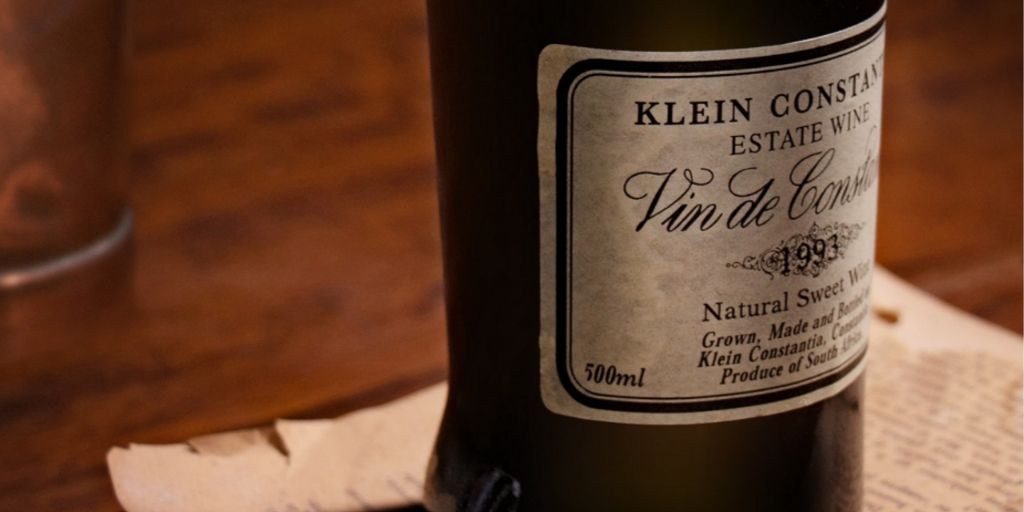 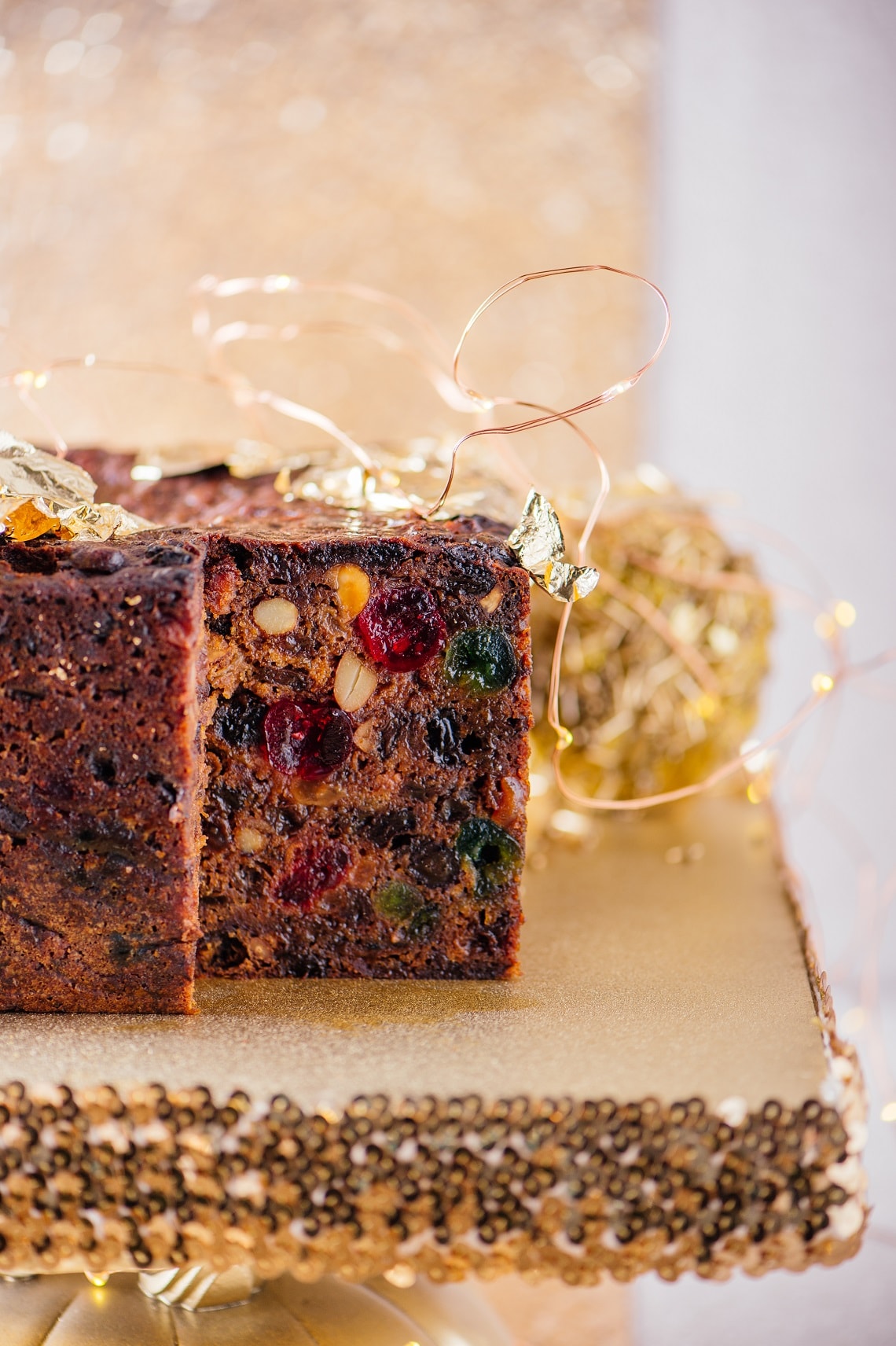