[Durban, South Africa] [May 2021] – There is a rebelliousness in every amber drop of Bisquit & Dubouché cognac: While it carries over 200 years of heritage on its shoulders, the bold new look of this brand stands tall, proudly displaying the sleek lines that speak to a promise of what lies inside. 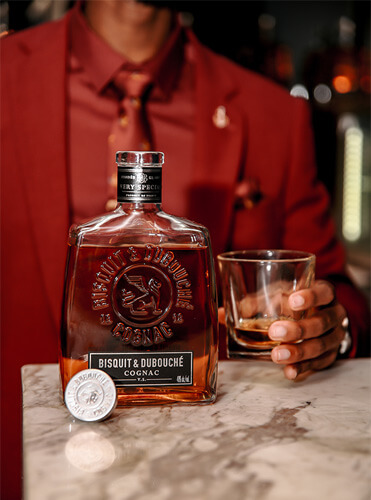 This new look was unveiled at an exclusive event in Durban on Wednesday 26 May, bringing cognac lovers together for an intimate taste adventure. Held at Dukkah on Durban’s trendy Florida Road, each Bisquit&Dubouché offering was exquisitely paired with a three-course menu of decadent local flavours.

Guests were introduced to the brand’s rebellious nature through three cocktails, featuring surprising flavours such as ginger beer, lavender and peach – each one enhancing the smooth, refined finish of the cognac.

Cocktail glasses were filled with The Griffin, featuring ginger beer, fresh lemon and candied ginger alongside the cognac; Royal Aviation, a delectable mix of Bisquit&Dubouche, lavender syrup and fresh lemon; and Peach Smash – a fresh pairing of mint and peach playing off Bisquit&Dubouche’s V.S. (Very Special).

While guests enjoyed the consistent taste Bisquit&Dubouché has become renowned for, they were introduced to the brand’s new look. The new look is an ode to Bisquit&Dubouché founders, pioneer and innovator Alexandre Bisquit and his son-in-law, a creative and bohemian world traveller, Adrien Dubouché.

With this relaunch, Bisquit&Dubouché restores its founders’ ambition and spirit into the essence of the brand while introducing it to a new generation.

The new, sleek bottle with metallic silver and black accents adorning the label is a departure from the traditional cognac bottles on shelves today. The brand’s symbolic griffin, a legendary creature with the body, tail, and back legs of a lion; the head and wings of an eagle; established as the “guardian” of the first cellars where the precious liquid aged, has been redesigned to reflect boldness and power.

The new look wasn’t the only surprise awaiting guests at the event: They were treated to a bespoke menu, with each dish designed to highlight the sophisticated taste in each bottle.

Plated for guest were the delectable flavours of Sugar baby, feta, brinjal and mint; a prawn avocado ‘ritz’; a Jerk Barbadian chicken, featuring pineapple, chorizo and chilli; or fresh salt and pepper calamari, served with Asian slaw, ginger and lemongrass. Each dish perfectly paired with the soft, fresh flavour of the V.S.

Then followed the V.S.O.P. (Very Superior Old Pale) with its warm amber colour, a testament to the four years spent slowly matured in French oak barrels.

Five plates were put forward to bring out the delicate notes of honeysuckle, citrus and mango found in the cognac:  a seared escalope of salmon served with baby potatoes, cucumber, dill and mustard; glazed belly of pork teriyaki on stir fried noodles, with honey soy and coriander; char-grilled fillet of beef, with caramelized button onions and merlot jus; truffled wild mushroom risotto, served with baby spinach and parmesan, and the house special Dukkah chicken.

But the surprises were not at an end: Each guest was treated to a bespoke chocolate and cognac tasting, designed to create a unique, innovative taste experience.

Each chocolate boasted the brand’s signature griffin and was crafted and handmade by chocolatier Von Geusau. 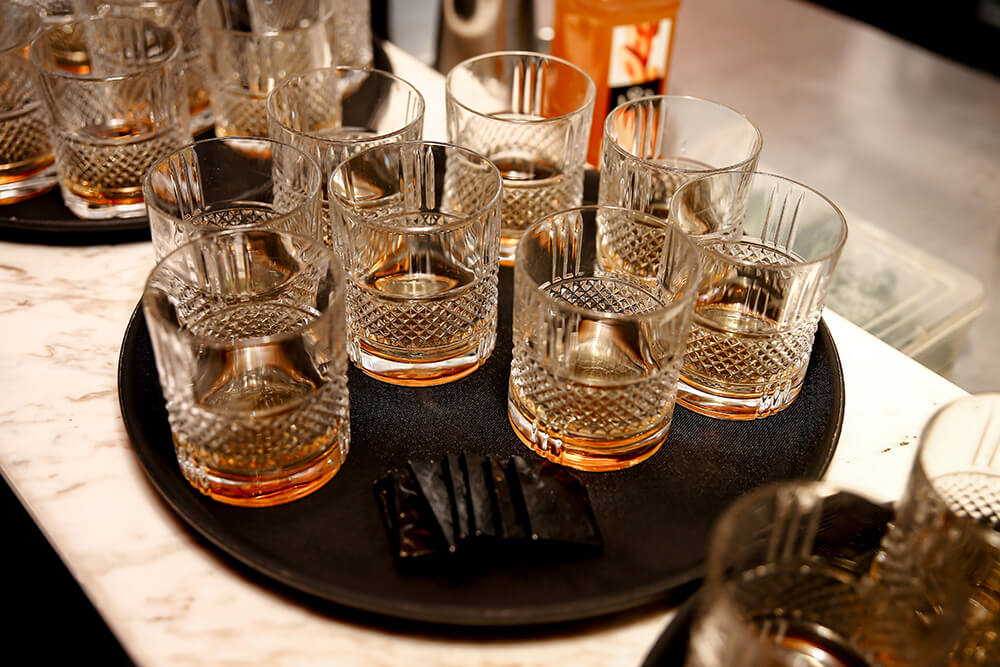 A tantalising cinnamon, orange and ginger chocolate was paired with the fruity V.S., while salted toffee and honeycomb chocolate brought out the deeper, fruity taste of the V.S.O.P. A delicate pear and surprising espresso chocolate rounded of the pairing, highlighting the mocha notes hidden in the X.O.

This innovative tasting is just another way the brand lives its heritage. Bisquit&Dubouché cognac undergoes traditional double distillation in a copper pot still, but then it departs from traditional cognac-making: Bisquit&Dubouché eau-de-vie relies on intuition and knowledge rather than technical methods, to cut at the exact moment the aroma and body of the eaux de vie match the brand’s signature taste.

This innovative tasting is just another way the brand lives its heritage. Bisquit&Dubouché cognac undergoes traditional double distillation in a copper pot still, but then it departs from traditional cognac-making: Bisquit&Dubouché eau-de-vie relies on intuition and knowledge rather than technical methods, to cut at the exact moment the aroma and body of the eaux de vie match the brand’s signature taste. 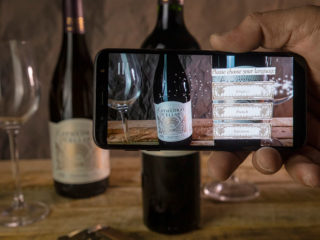